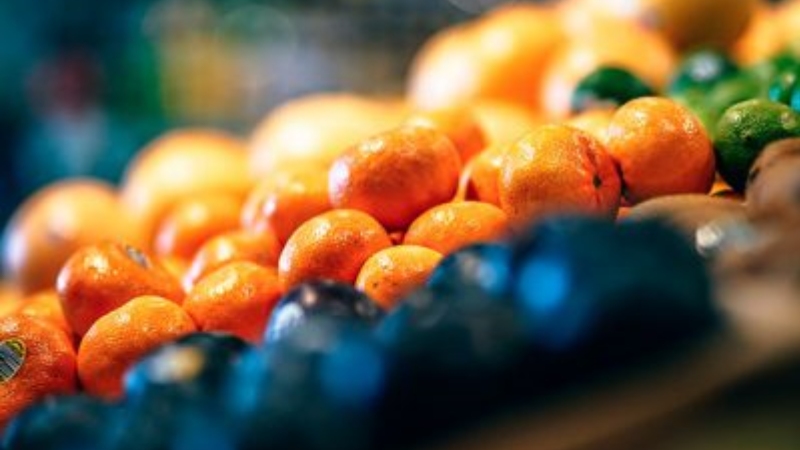 Mandarins have their origin in southern Asia, probably in China or the Philippines, the first mandarins reached Europe in 1805, while their extensive production began in 1850 in Italy and Spain.

Mandarins prefer tropical and subtropical weather, Mandarin trees are more drought resistant than the sweet orange trees; however the tree and the fruit have a low tolerance to cold.

Mandarins have some disadvantages when it comes to exporting them to other countries:

As they have become one of the most extensively consumed fruits, Post harvest treatments play a major role regarding exports.

Mandarins are non-climacteric fruit, which means they can only ripen on the tree, unlike apples or bananas that can ripen off the tree. Main production countries are China, Spain, Brazil, USA…

Among the multiple health benefits of mandarins, DECCO lists the following ones:

In addition, mandarins have a sweet, tender and soft taste that makes this fruit greatly consumed worldwide.

Due to the physical characteristics of mandarins, adequate post harvest treatments and proper handling techniques are required. Mandarins travel great distances, the main production areas where exports are a major market are Spain, Brazil, USA, Morocco and South Africa. As mandarins are consumed globally, the fruit has to withstand tough situations that can danger its appearance and quality.

Therefore, attending the market needs of mandarins together with the poor physical resistance of the fruit, DECCO has developed a complete catalogue of Post harvest treatments for mandarins, which allows for consumption across the world at almost any time of the year.

DECCO has several products on the market that create fruit protection for mandarins, they can be divided among:

Mandarins have become a commodity for the vast majority of the population, they are broadly farmed, and production meets demand levels. Consumers do have the possibility of eating this fruit during the whole year, thanks to late varieties and the production of mandarins in both hemispheres.

Although, it is also true to say that there is a niche market for high quality fruit, where the price is not a problem and consumers are looking for good taste, flavor and odor, a highly informed consumer that seeks new food experiences.

A decrease in the volume of production is expected, the main reason is high temperatures, there will be an overlap of products from both hemispheres. It is expected that prices in China will rise as a consequence of greening.

There is expected to be a gap in Californian supply around February, that’s why Orri mandarins for Israel expect a good season.

Among citrus, mandarins are the most cultivated.

Australian growers are switching to mandarins because it’s a lucrative crop. The export volume grew to 38%, to 64,755 tons (Best Australian partner is China).

Most important region is Queensland and one of the best performing varieties is the Murcott.

Drop in production due to greening and bad weather.

Packers are obtaining better margins thanks to e-Commerce.

Customers are looking for larger sizes, perfect for Ukraine and Russia.

Limited export because of lack in coloring, supply is expected to pick up in ten years.

The weather and the natural cycle of trees lower the production of this season.

Sharp drop in production and in quality because of heat, reduction of about 20%, total harvest 2 million tons.

Eastern region and the Marrakech area are the most affected ones.

Less quantity available to export thanks to heat and strict governmental requirements.

Weather, intense heat and summer droughts, lower the production from 20 up to 50%.

Greater prices, less production, about 30% in Castellon and Valencia.

Good supply and stable markets, production from Florida and Texas as well as imports from Mexico.

Nightmare, school holidays and surplus in the market have resulted in lower prices.

Production of 2.4 million tons per year, the sector faces great challenges in distribution, storage and cultivation.

Even if a decrease in the production has been reported this year, overall production matches perfectly with existing demand. Mandarins with leaf, which are pretty popular during Christmas in Germany, are performing particularly well.

Mandarins imported from Morocco and Spain are widely available on the market, prices are 10 cts lower than weeks before however they are similar to previous years.

Clemenules can no longer make the trip, due to ripeness.

Market is dominated by Spanish suppliers, but Germans import from Italy and Morocco too.